Santa Clause Saddles up beside the Duke of Wellington in Glasgow

Ricky McConnell (Santa Clause) 52, drew a crowd in Glasgow on Monday December 21 when dressed as Santa he Saddled up beside the Duke of Wellington in Glasgow. The statue which stands in Royal Exchange Square Glasgow usually sporting a traffic cone hat was where the publicity stunt was carried out to raise awareness for ‘Kids Have Rights 2’. According to media reports Ricky was given a fixed-penalty ticket for performing the same stunt in 2014 after firefighters had to be called in to help him down. Apparently he avoided a fixed penaty this year as the cherry picker hired to lift him into place was also used to get him down. Once safely back on solid ground Ricky was taken to one side by a uinformed officer from Police Scotland for a quiet word.


The people of Barnsley were out in force again this year along side Veterans organisations, cadets, military units and families take part in the Remembrance Sunday service in Barnsley South Yorkshire. 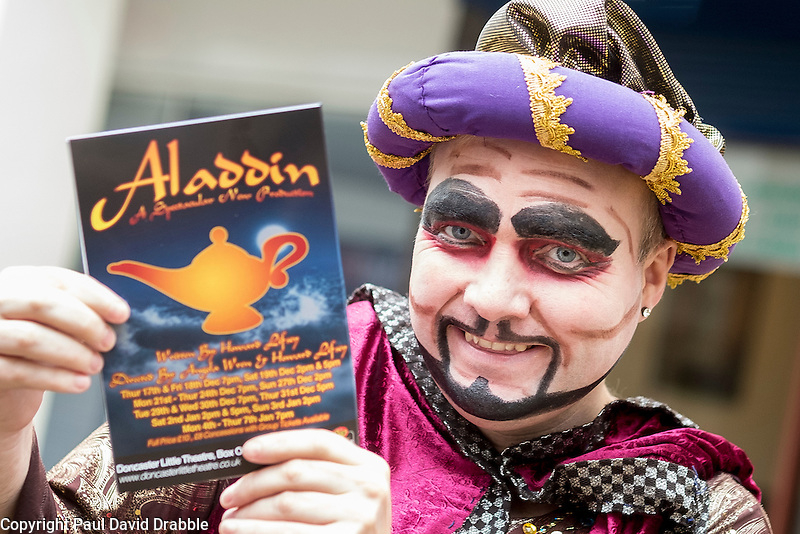 Its amazing who you run into on a straight forward PR shoot. The man behind the make-up, making his first foray into the world of Panto, is Doncaster born actor Stephen Nicholas from Sky’s Dream Team and Premier League All Stars also Celebrity Most Haunted, Date the Enemy and films including The Damned United, Dhan Dhana Dhan Goal, Futbaal: The Price of Dreams, and Goal! The Dream Begins. Simon who now lives in Sheffield will be appearing in Aladdin this year (2015) Panto at Doncaster Little Theatre.


I used the Fuji X-Pro1 60mm f2.4 at couple of 1940’s events over the last couple of weekends, Kelham Island Sheffield and East Park Hull. Probably the most challenging of things to shoot were the Spitfire/Hurricane Flypast at the Hull Veterans weekend. I intended to use my Nikon D700 with 80-200mm but was caught out after being told the flypast would be Sunday. It actually happened very late on Saturday. I only had time to flick to AFC and shoot fortunately the camera was set as described in my last post resulting in the aircraft images included below. The exposures were f11 1/350 or better all at ISO 400.

Today I added the Fuji XF 60mm f2.4 macro lens to the Fuji X-Pro1 XF 18mm f2 & XF 27mm f2.8 in my kit bag. My understanding is the XF 60mm f2.4 is a tad on the slow side when it comes to focusing, especially if compared to the rather more expensive XF 56mm f1.2 but is there away to gain an edge if using the XF 60mm for anything other than Macro work?
I would say yes and the trick is understand the problem and plan ahead. Think what you want to achieve with the camera lens combination. One thing I want to try with the lens is some candid portraits and grab shots without getting too close to a subject. The problem that needs to be overcome with the Fuji is a combination of slow focusing lens and the fact the the Contrast Detection AF (CDAF) employed by the X-Pro1 cant predict where the subject is going to be. I should probably also point out that unlike a DSLRs which use Phase Detection AF (PDAF) you don’t press the shutter halfway down to start the continuous AF. The correct way to use AFC on the X-Pro1 is to aim the camera at the subject with the cross hairs on the bit you want sharp and squeeze the shutter release in a single movement until the camera fires. I figured a small enough aperture with a reasonable DOF would help the focusing but as with all cameras that results in a drop in shutter speed and the possibility of losing the sharpness to camera shake or subject movement. My first instinct was to wind the ISO up but that has two drawbacks first is a drop in image quality second is a danger of over exposure in bright light. Fortunately the X-Pro1 has the option to program an Auto ISO. You get to tell the camera the minimum & maximum ISO you want to use and the minimum shutter speed it should be trying to achieve. What it doesn’t do is stop the camera working if the shutter speed drops too low it just tries to get up there if it can.
After a little fiddling about I settled on a minimum ISO of 800 a maximum of 6400 and a minimum shutter speed of 1/250. With the aperture set to f5.6 and AF set to continuous I roped in some help from my partner and our dog. As you can see from the images I had her throw a dog toy towards me so he would run towards camera chasing it. Each of the four images below is from a different throw of the toy. There were five throws in all and the results are pretty consistent for a slow focusing macro lens. The first throw I failed miserably and got only grass throws 2, 3, 4, 5 resulted in the images below. They have been cropped but still I think they are pretty impressive. You can find the camera settings for each shot in the captions. I have included the Thistle, shot in Macro, and the dog portrait to give a feel for what can expected if you forget to change the setting back to your ‘usual’ ones for situations that are more sedate.


I have to admit It was a glorious sunny day and the results may not be so good in poor lighting conditions but I feel I may just have an edge that maximises my chance of the subject being in focus while minimising the chance of camera shake with a set of camera settings that alow the X-Pro1 and Fuji XF 60mm f2.4 Macro lens to be used quickly and without too much though of anything other than composition.

A World War Two German Sd.Kfz 251 Halftrack named “Magda” that appeared in the new AA advert had to be towed away when one of its front wheels fell off in front of a packed audience at the “Yorkshire Wartime Experience” on Sunday Afternoon (5 June 2015). The event is billed as “The North’s Premier Military Vehicle & Re-enactment Event” and its venue at Hunsworth Lane Hunsworth West Yorkshire was also the location where the AA’s first new television commercial in almost ten years was filmed.
Weighing in at almost 8 Tons, the post war Halftrack, of the type that would have been used as German troop carrier, required a fellow collectors Scammell explorer, aptly named “Dooleys Dragster”, to drag the disabled armoured personnel carrier from the arena. When asked by the shows commentator about calling the AA vehicle owner Paul Hilditch replied “No I should have done” No one was hurt in the incident.

“Wheel fell off WW2 German Halftrack that appeared in AA Ad https://t.co/qU5Ssjc59e” via @NWW2A Should have called AA out. #wefixanything”

Images and story Available for publication via Caters News Agency